Keeping a Coworking Community Engaged in 2020

Located off the A1/M1 between Belfast and Dublin is Newry (otherwise known as the  “Gateway to the North”). As well as being incredibly beautiful and steeped in history—human settlement in the city dates back to 4,000BC—the city is also known for its forward-thinking mentality and is home to a thriving and diverse business community. 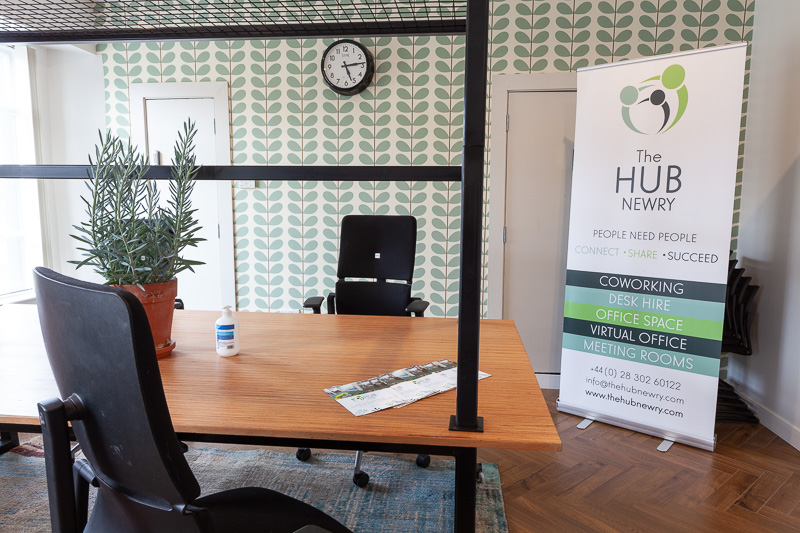 Many of the city’s entrepreneurs call The Hub Newry home.

Founded by Suzanne Murdock and her partner, Patrick, in 2012, The Hub is a coworking network with three spaces across the city. Think hot-desking, private offices, meeting rooms, social areas, eco-friendliness and community spirit.

The first of the operator’s locations opened in the middle of a recession, and now Suzanne faces new challenges. We caught up with Suzanne to find out more about her coworking journey and what The Hub Newry is doing to help its members navigate Covid-19.

Setting up in the midst of a recession

It all began when we moved to Northern Ireland about 11 years ago with our son Oliver who was 18 months, Suzanne begins. “I’d been self-employed in finance headhunting and worked with Patrick. We didn’t really have a support network of people and were operating out of a portacabin while trying to build our house. It became a bit unmanageable after a while!”

Suzanne goes on to explain that she’d seen the coworking concept in action throughout Europe and thought it might work in Newry. The pair purchased the first floor of a former bar and “renovated it into a large open plan office for the two of us”. Soon afterwards, they decided to “roll out the coworking” aspect which was unheard of in Newry at the time. In fact, there was only one other coworking space in the whole of Northern Ireland.

As people started to fill the space it became more of a community than a workspace, Suzanne continues. Today, her business has evolved to encompass two more spaces and a cafe, yet they’ve still managed to hang onto that all-important community feel.

Many of the founding members of St. Coleman’s, The Hub’s first location, began as freelancers and sole traders. After using it as a growth network, these companies outgrew the space and moved to Abbey Yard which contains larger private offices. Most of the people who joined initially are still with us. We’ve lost one or two along the way but given the fact most of them set up in a recession like we did, they’ve done really well. Everyone has had to evolve and change.

The Hub Newry has spent the last few months helping its members to weather the storm of the pandemic, despite its own cash flow being adversely impacted. It’s all about looking after our members and seeing what we can do to help, says Suzanne.

We have lost several of our more established member business teams as well as a number of freelancers due to Covid-19 and meeting room bookings have obviously reduced. However, we are now starting to see a growing number of remote worker enquiries, predominantly from professionals based between Dublin and Belfast who cannot access their employer’s office, as well as from people who are unable to work productively from home because of family or household members being furloughed. We anticipate an increase in the number of shorter, more flexible term memberships due to the constantly changing landscape of the workplace that we’re all currently trying to navigate and so putting plans in place for this has been key. Flexing the model is what coworking is all about! 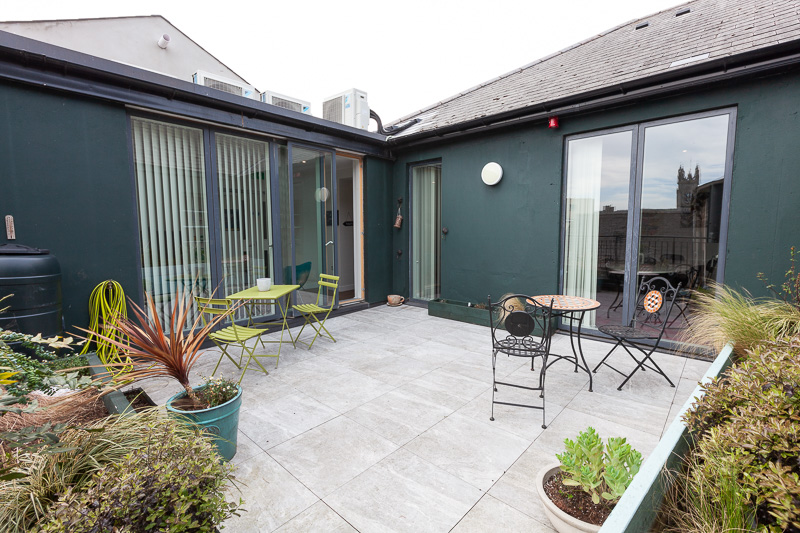 Reconfiguring and adapting spaces for the short-term

In the absence of meeting room enquiries, Suzanne decided to flip the biggest meeting space into a desk overflow area to accommodate social distancing. We’ve had so many enquiries for desk space for Zoom calls, says Suzanne. We’ve adapted the space knowing that people are going to be noisier going forward and it’s just the way it’s going to be.

We’ve taken chairs away and put the sneeze screens up. Unfortunately, we had to put them up in the offices as well as the open-plan space. We’ve also been asking people what they need us to put in place for them to feel comfortable coming back.

The whole reason I set up the coworking space was for the community aspect to be there and to nurture teams and encourage everyone to learn from each other. For the time being, I’m thinking about how we can transition these elements online.

The Hub Newry recently launched an online series called Ask the Expert whereby Suzanne interviews members and wider connections and really “drills down into their niche to get to know them as an individual.”

You can find out more about how The Hub Newry is supporting its members through its eHandbook, website blog and videos. For the latest updates follow @thehubnewry.